Many people find themselves dissatisfied with their nose, as it’s the most prominent feature and affects the entire symmetry of a face.

If someone is unhappy with their nose, they may suffer from a lack of self-confidence. Fortunately, rhinoplasty, or changing your nose through surgery, is an available option. However, most people prefer to keep their ethnic identity intact despite having a nose job.

Board-certified Dave Lee, MD, offers ethnic rhinoplasty so that you can benefit from a customized procedure for your individual needs. A Stanford-educated Chelmsford plastic surgeon, Dr. Lee specializes in personalized reconstructive surgery. Using the finest surgical techniques, he can help you find the best solution for your personal needs.

Your privacy and confidentiality are of the utmost importance to us at PURE Cosmetic Center.

Many of our high-profile patients prefer to be private with their cosmetic procedures and prefer that their photographs not be placed online. At your consultation, you will be shown photographs of patients who have given us permission to display their before and after pictures.

What Is Ethnic Rhinoplasty?

Also known as an ethnic nose job, this kind of procedure is meant to preserve a person’s ethnic identity despite any changes resulting from the surgery. Unlike traditional rhinoplasty, which generally focuses on making noses smaller by reducing bone and cartilage, ethnic rhinoplasty usually refers to reshaping the nose while preserving defining ethnic or family features.

This could include maintaining a slight hump, adding a higher bridge, or adding structure to the nose. Improvements can also be made to flared nostrils, wide noses, flat noses, or other types of features. Ethnic rhinoplasty is meant to provide a customizable nose job to account for different facial characters from patients with the following backgrounds: Asian, Hispanic, African-American, Middle Eastern, and more. This kind of rhinoplasty not only allows you to enhance your facial appearance but also takes into account the ethnic characteristics you may wish to preserve based on your background. 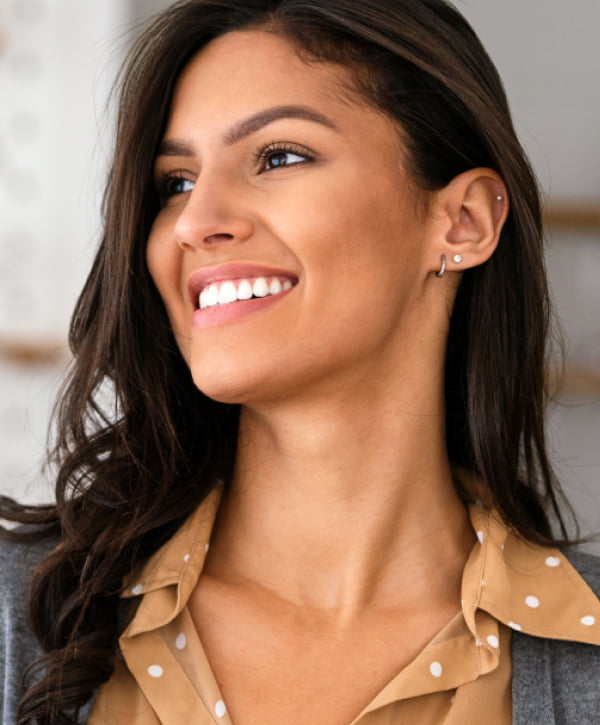 What Happens During Ethnic Rhinoplasty?

However, because our Chelmsford ethnic rhinoplasty is highly individualized, both the surgery and healing times vary. You will likely be placed under general anesthesia for the surgery, which is usually four to five hours. Dr. Lee will then make incisions based on the customized plan he made for you. Because many ethnic rhinoplasties involve building up the nose with grafts.

Dr. Lee may need to harvest cartilage from your ear or rib during the procedure. Because some skin types scar more easily than others, Dr. Lee may choose either an open or closed rhinoplasty, with incisions inside your nose or between the nostrils. Once Dr. Lee has finished your procedure, he will close the incisions with stitches. Splints will be placed inside the nostrils and a cast will be placed on top of the nose

Why Should I ChooseDr. Lee for My Ethnic Rhinoplasty?

Dr. Dave Lee is a member of both the American Society of Plastic Surgeons (ASPS) and the American Society for Aesthetic Plastic Surgery (ASAPS). His areas of expertise include nasal airway reconstruction, rhinoplasty, skin cancer reconstruction, breast reconstruction, breast surgery, and facelifts. Dr. Lee firmly believes that patients come first, and makes it a priority to be available for you. He’s dedicated to creating lifelong relationships and easing any concerns you may have about your procedure. If you’re interested in ethnic rhinoplasty in Chelmsford, then call or email to set up a consultation today.

When should you get ethnic rhinoplasty?

If you’re unhappy with your nose and considering either traditional or ethnic rhinoplasty, a consultation with Dr. Lee can help you consider your options and ease your concerns. Our Ethnic rhinoplasty techniques are designed to keep your heritage present while elevating your self-esteem and happiness with your facial harmony.

There is likely to be tenderness, bruising, and swelling after the procedure. This can last for several days up to a few weeks after your surgery. However, these symptoms are usually not severe and can be relieved through over-the-counter medications, cold compresses, or, if needed, prescription medications.

How long does it take to recover?

Given the variations in procedures, recovery times can take two weeks before you’re ready to return to work. You will also have some swelling that can take even longer to subside. Your nose will also continue to ease into its new form for up to two years after your surgery.

Will I have scars?

Ethnic rhinoplasty usually involves incisions inside your nostrils and associated nasal tissues. These scars are hidden inside the nose. While there may also be a small external incision between your nostrils, it will fade in six months. A small scar along the chest and a small scar behind the ear may be present if cartilage grafts are harvested.

How much does ethnic rhinoplasty cost?

At PURE Cosmetic Center in Chelmsford, ethnic rhinoplasty procedures are specially curated for each patient. This means the cost is different for every person. You can discuss financing and payment options, along with any other questions you have during your consultation with Dr. Lee.

Your beauty is a symphony. Don’t trust it to anyone less than a true performer and a master at his craft. Chelmsford plastic surgeon, Dr. Dave Lee brings the virtuosity of a concert pianist and the artistry of a renowned plastic surgeon to each procedure. Schedule a consultation today to discover why patients across New England are singing the praises of Dr. Lee and his staff at PURE Cosmetic Center.